We have an article in the local paper regarding the celebration of our recent Charter.

(News Article taken out of the Berwick Star)

THE Casey Cardinia Rotaract Club was officially chartered last week after months of preparation and planning.
The new Rotaract group, a subsidiary of Rotary but catering specifically for 18 to 30-year-olds, was inducted as an official club on Sunday 15 February, with 14 members involved and several more on the cards.
Casey Cardinia Rotaract president Ben Hill said Sunday’s luncheon served as both a 110th anniversary for Rotary and as the launch of the new Rotaract club.
Ben, who was the 2014 Casey Young Citizen of the Year, said he’d had no involvement with Rotary before now, but couldn’t resist the role when approached.
“I really love leading young people to achieve great things in our community, to better the youth and to help people and make things a lot more fun,” Ben, who just turned 19, said.
“It’s very important to get more young people involved in clubs and the community through Rotaract.
“A lot of people are involved in sporting clubs, and the Casey area has a lot of older people in community service clubs, but there was definitely a need for something in the younger age group.”
With its nearest partner being the Mornington Peninsula Rotaract, the new Casey Cardinia group will focus on the sustainability and upkeep of both municipalities.
Some of the key priorities for the Casey Rotaract group will include the sustainability of the environment, keeping public areas tidy, first aid, food handling, international projects and finding a neighbouring sister club overseas.
“My vision is to get the word out to young people that Rotaract is a great new way to meet new friends, be social and grow,” Ben said.
“There’s no maximum to the number of members we can have.
“Generally, when clubs get too busy members can feel disconnected so if it does grow we might split into two.
“We’ll be looking to double our membership over the next year and half,” he said.
Kirra Pickering, a 21-year-old member of the Mornington Peninsula Rotaract, has been crucial in campaigning to get the new group off the ground.
Kirra drew on the support of her grandparents Lyn and Ian and other Narre Warren and Casey Rotarians as she prepared to start up the Casey Cardinia club.
“Rotaract is a youth voluntary organisation, motivating each other as young individuals and through participating and building a social group,” Kirra told the News last year.
“From having a group of young people doing it, it’s a different perspective.
“We have different priorities for what we want for our future.”
For more information visit www.caseycardiniarotaract.org, and to join contact ben.hill@caseycardiniarotaract.org“ 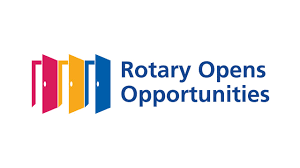